Skip to content
The Following Adventure was Brought to You by these Designers: 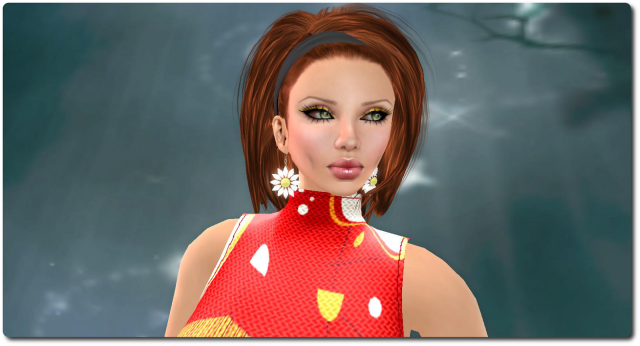 Akasha (Ginger) ~ Damselfly Hair Salon
Marguerites ~ N@N@ Jewelry
Liquid Glaze Liner (Yellow) ~ *Boom*
Lipgloss ~ Dead Apples
“Diva” Prim Lashes ~ alaskametro ❤
GOING RETRO IN THE METRO
I just love going Retro.
Anything that is going to take me back to when times were simpler, gasoline was 36 cent per gallon and a McDonald’s Hamburger didn’t contain soy, I am there!
This is why the Chauncey in Retro Red dress at Prism caught my eye and kept it.  It’s bold red highly textured fabric accented with large shapes of white, green and gold made me feel as though I had stepped into a time machine.  I had to buy it and take it for a spin and what better place to do that than in London, England?
I started off my “retro-nizing” by visiting the amusement park.  The Merry-Go-Round held a certain appeal since it brought back memories of my childhood.

In the distance, I could see Big Ben and without hesitation, found myself walking there as fast as my boots could carry me.  Inside good ole’ Ben was a box filled with parachutes.  I took one and headed up to the top.
The air up there was so liberating, throwing out my arms from side to side was all I could do short of flying.  Did I say flying?  The Parachute!  I quickly put it on and headed up as high as I could.  I’m a brave woman and brave women should occasionally act upon their impulses…..

On second thought, I’m a chicken and clucks like me should keep their feeeeeeeet…. 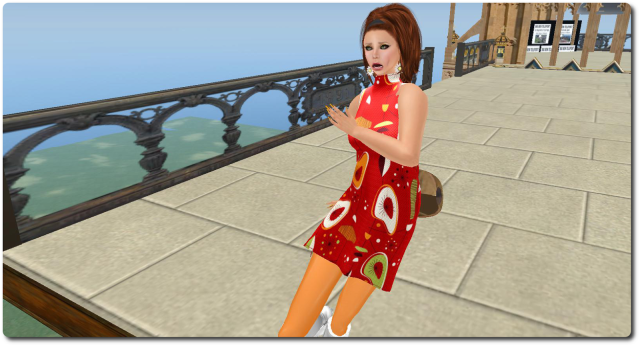 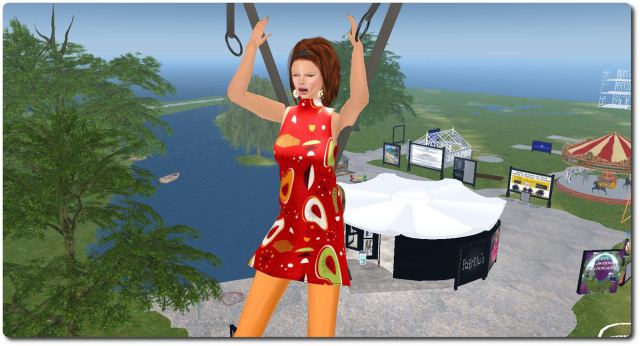 ………….!!………….
After I landed on the ground and rubbed the sore spots the parachute ring and belt left on my left hand and underarm (looks like they took a chunk out of me), I composed myself, made sure no one was looking and continued to explore.

My final stop in London was an eatery.  A grin slowly grew upon my face as I imagined I was back in the late ’60s. I couldn’t resist…

Up on the table top I went. Like a Go Go Dancer, I shook my stuff until the fish in the pond behind me began to call my name.  I was liberated, I was woman, I was “Retro-nized!”
“I don’t know if England lags behind the States or is ahead of the States. We’ve finished with the ’70s retro chic revival, we’ve done the ’80s retro-chic revival and on to the ’90s.”
~ Jonathan Coe ~
♥ ♡♥ ♡ 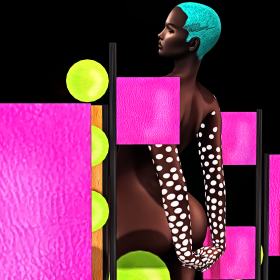